A few weeks ago I bought a Pentax Spotmatic at thrift store. It ran around 15 bucks.  I bought it because it appeared to have a nearly pristine Super Takumar 50mm F1.4 lens.  Post-purchase and on closer inspection, I found that both the lens and camera body are nearly pristine and the lens is optically and functionally perfect.

I’m currently running a roll of film through the camera before I send it off to Eric Hendrickson for CLA and possible repairs.

The Super Takumar 50/1.4 is radioactive and has yellowed over the years.  Other hobbyists have reported restoring the lens with UV exposure, so after some research I bought a $20 fluorescent UV glue curing lamp off of ebay.  After a few days of treatment there wasn’t much reduction in yellowing, so I did a little more research.  Many users have had good luck with an LED desk lamp.  I have plenty of LED MR-11 lamps, so I set up the jig shown below.  After about two days yellow was gone and the brightness was approximately  90% restored. 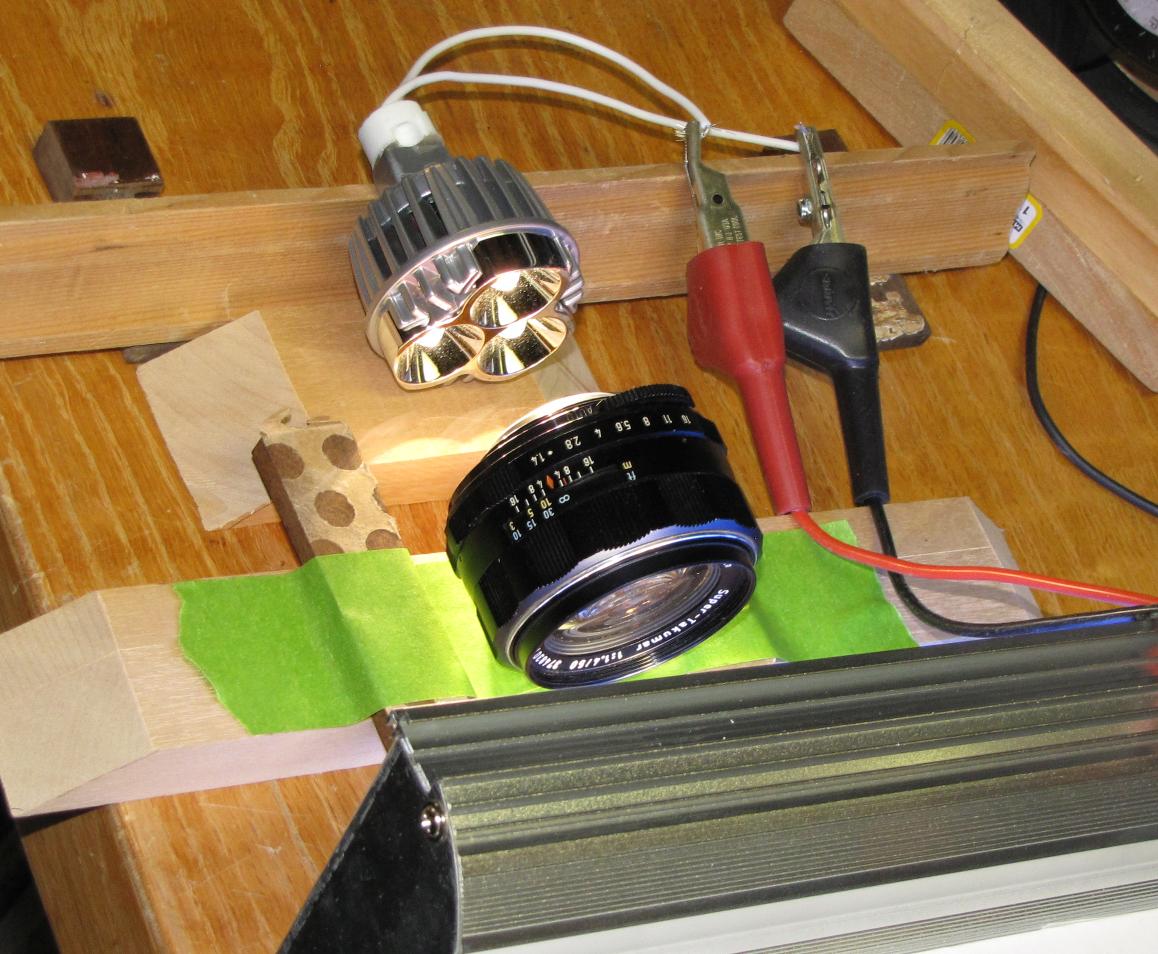 This entry was posted in Personal, Uncategorized. Bookmark the permalink.